Charming corners of nature, cozy forest trails, scenic views and gorgeous gazebos with a nice atmosphere. Mountains and deep forests give the Ore Mountains and their foothills an unmistakable character. Few areas of the Czech Republic are as romantic and mysterious as the Ore Mountains. Numerous hiking trails dominate the 242 km long Krušnohorská magistrála, connecting Cheb to the far Sněžník. In summer you can refresh yourself in swimming areas and in winter you can go cross-country skiing or skiing on slopes, of which the most famous and the most popular are on the highest mountain Klinovec.

Many interesting buildings can be found in the spa forests. The most famous are restaurants and lookout towers. Five lookout towers were built in the city and its surroundings: the viewpoint of Emperor Franz Joseph on Hamerský vrch (now the viewpoint of Charles IV), the sight-seeing gloriette on the Vitkov hora, the Stephanie’s tower on Výšina věčného života (now Goethe's viewpoint), the lookout tower on the Doubska hora (Aberg) and lastly in 1913, the observation tower on the Výšině přátelství (today Diana).

With the construction of forest promenades, smaller buildings such as benches, crosses, chapels and memorial plaques, inscriptions began to appear. In the event that their implementation was sponsored, either from admiring the spa town or as gratitude for healing, they bear names of their sponsors. Others were built by the city to thank outstanding personalities who visited Karlovy Vary.

The sprawling spa area boasts beautiful views, breathtaking natural scenery and remarkable sights; the cozy valley of the Tepla River offers splendid sights, spa colonnades and tempting parks. With more than 130 km of modified paths of varying difficulty, they are accessible to everyone and are often recommended by spa doctors as a "field cure". Do not hesitate to wander through the city or the forest paths that will eventually reward you with a gruesome panorama.

The tradition of health walks has been in Karlovy Vary for more than a hundred years. The enchanting surroundings gave rise to a series of labeled routes divided into three groups according to the degree of difficulty. The easier ones include walking through the historic city center or walking down the trail of healing springs. The most demanding walks are along forest paths and map the most important lookout towers and viewpoints. 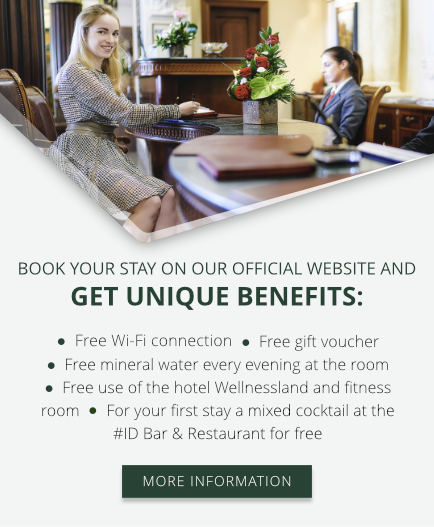